Played a critical role in creating a buzz around The 14th Factory both in Los Angeles and around the globe. This included bringing press and key people to tour the space before the launch, hosting multiple parties to celebrate the launch, and an extensive media outreach that included setting up interviews, tours, and features with art, music, fashion, business, culture, national media, and LA focused outlets.

NPR
“You really have to go out of your way to get to the 14th Factory, a new pop-up art space in the industrial area of Lincoln Heights, east of downtown Los Angeles. It’s housed in an enormous building the size of a Costco warehouse and it sits across the street from an old, abandoned city jail.”

LA Times
“The exhibition features a series of room-sized experiences chock full of slo-mo video installations. It also has plenty of photogenic installs, including a room filled with dangling pitchforks, a courtyard stuffed with airplane tails and the Kubrick-inspired set.”

VICE
“A labyrinth of successive and simultaneous installations involving painting, drawing, sculpture, video, photography, performance, sound, music, and living land all inhabit the inherent visual spectacle of the adaptive reuse of a three-acre vintage industrial bakery complex on the fringe of Downtown.”

LA Weekly
“Birch solicited 20 interdisciplinary artists from around the globe to depict 14 scenes in a hero’s transformational journey. The industrial space is divided into 14 rooms that sequentially narrate the protagonist’s perseverance as it resists external divisions.” 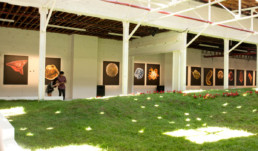 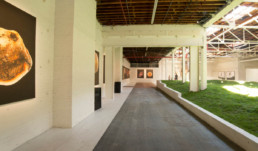 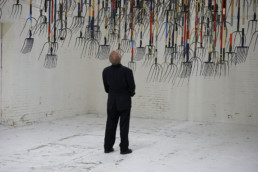 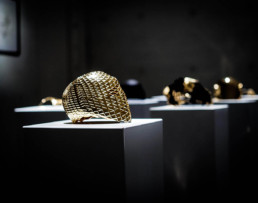 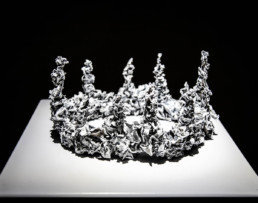 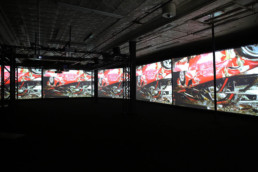