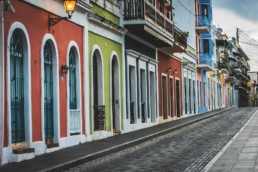 Worked with the Unicorn. VC team on Restart Week in Mayaguez, Puerto Rico while providing publicity, photo, video, and strategy. The Confluence also worked to build and develop the Restart brand before, during, and after the event. This included an extensive rebrand, creating key donor decks, adding members to the team from around the globe and much more.

Rolling Stone
“Among other things, Pierce is trying to give this decentralized world a new center: Puerto Rico – or, as the crypto community has called it at various times: Crypto Rico, Puerto Crypto, Puertopia and Sol. Pierce leased (and intends to buy) the freemasons’ hall and an abandoned children’s museum, which he’s turning into a community center. He’s also co-founding a bank in Puerto Rico, and plans to open both an eco-resort in the island’s famous surf spot Rincón, and a large cluster of residences in nearby Mayagüez.”

ABC
“Ten months on, thousands are still without power or safe shelter as the annual hurricane season starts again. Yet while some see catastrophe, others see opportunity. Cryptocurrency entrepreneurs have been storming in, promising they have the technology to rebuild.”

BBC
“Whilst thousands of Puerto Ricans are leaving the island after Hurricane Maria, a small group of wealthy ‘crypto-preneurs’ are moving to this US territory.”